Hands Free Farm About The Author

With the recent celebration of Independence Day, we were in inspired to take a look at and celebrate the rich history of farming in America. We hope that as you reflect upon the advancements in agriculture the past 243 years, these historical perspectives will help you share the story of agriculture with those not involved in farming.

Agriculture has been and always will be vital to our nation. In fact, most of the founding fathers were farmers, who recognized the importance of agriculture in their own lives, their country and the economy. Even George Washington once declared “I’d rather be on my farm than be emperor of the world.”

Evolution of Agriculture in the United States

According to Thomas Jefferson, “Agriculture is our wisest pursuit because it will in the end contribute the most to real wealth, good morals and happiness.” While agriculture is undoubtedly still important to the U.S., much has changed since its early days. In the 1770s, the economy was heavily dependent on agriculture, as the majority of the population were farmers and farmers made up over 90 percent of the labor force. In contrast, in 2019, less than two percent of the U.S. population is employed in production agriculture.

Today’s farmers are also able to produce more with fewer resources. For example, corn yield (tons per acre) has increased more than 360 percent since 1950, with fewer acres in production. Between 2002 and 2017 alone, U.S. farmland decreased by 38 million acres and continues to decrease.  In recent years, farmers have also become better stewards of the land, using new technologies and conservation practices. These efforts have spurred a 44 percent decline in erosion of cropland by wind and water since 1982. This increase in production and efficiency is largely due to the emergence of many new innovations and technologies.

In the 1770s, agriculture was heavily reliant on hand tools. It wasn’t until the 1860s that this reliance shifted to horses, when new technologies such as Cyrus McCormick’s reaper and John Deere’s steel plow increased in popularity. This change from hand power to horse power allowed farmers to become more productive. By the 1890s, agriculture was more mechanized as the 2-bottom plow and 2-row planters became commonplace. By the 1910s, large, open-geared gas tractors were used in extensive areas of farming. By the 1930s, all-purpose rubber-tired tractors with complementary machinery became were widely used. Even so, the transition from horses to tractors continued through the 1970s.

In the past 20 years, developments in precision agriculture have also helped farmers increase productivity and become more efficient. For example, autosteering can help you increase efficiency and farm faster with reduced operator fatigue. Such advancements give farmers more time to spend with their families and less time tending to the land.

If you enjoyed this blog post, we would love for you to share with your networks. We have made it easy, simply click the icons below and start sharing: 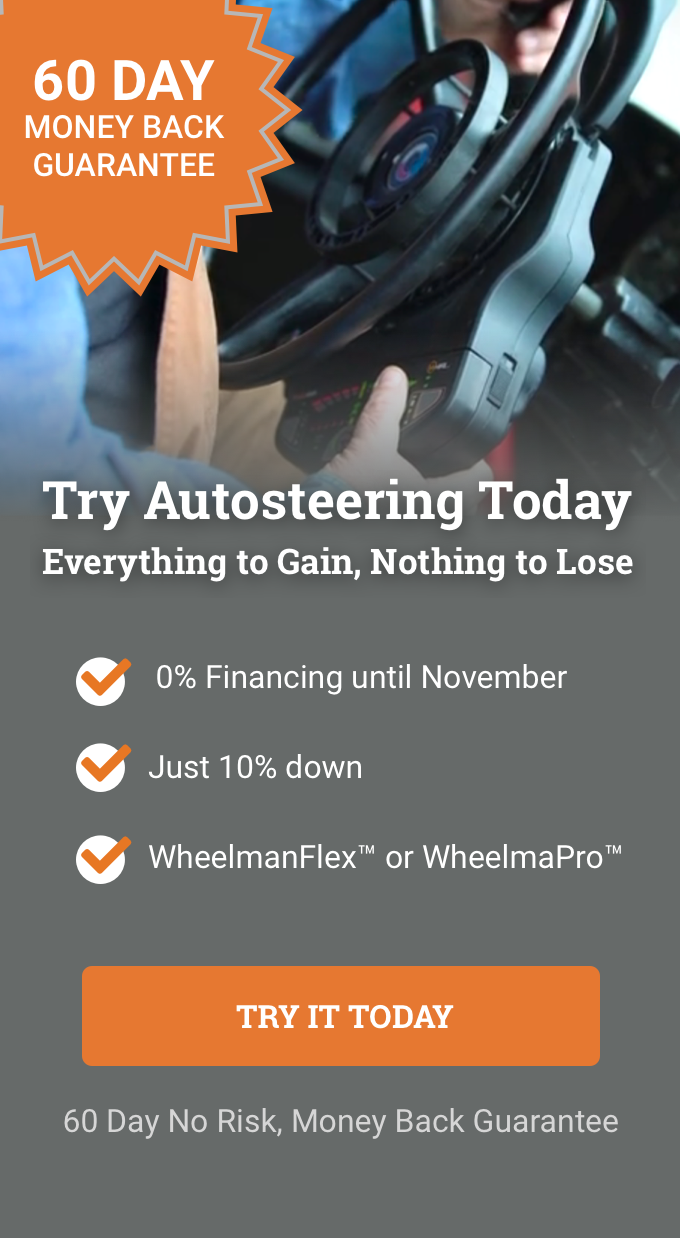 AgJunction is headquartered in Scottsdale, AZ, USA and is listed on the Toronto Stock Exchange (TSX) under the symbol “AJX.”